Tarah Bleier is a Freelance Writer, Editor, and Content creator from Toronto, Canada with a passion for video games and entertainment. Currently writing for Flixist and RPGFan. As a graduate of Centennial College’s Journalism and Broadcasting and Film programs, she has also written for Flixist, TheGamer, Daily Esports, Nintendo Enthusiast, PC Invasion, Tribute.ca, and Factinate.com. 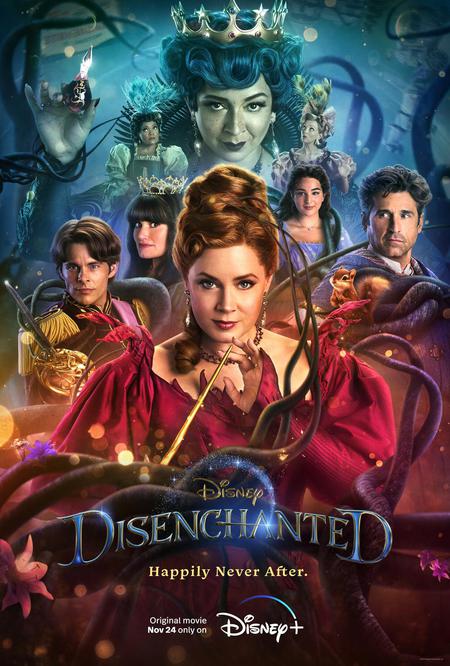 Sometimes "Happily Ever After" should never be messed with, especially when magic is involved. Fifteen years ago, Enchanted captured the hearts of audiences, and fans were wondering if we would ever see Giselle on screen again. The answer is yes. At the most recent D23 expo, Disney finally released our first look at just what Giselle has been up to since the first film’s events, and it seems her “Happily-Ever-After” has a few hiccups. Disenchanted brings Amy Adams and most of the first film’s c 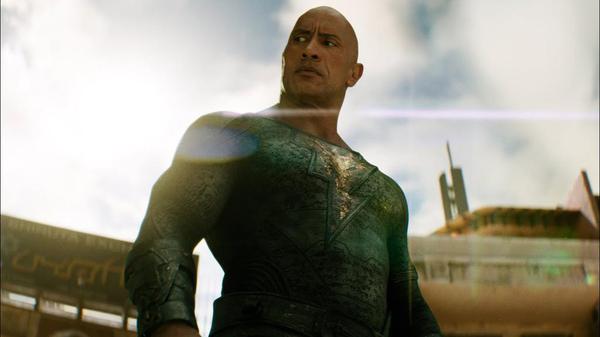 DC and Warner Bros. are looking to make a comeback with the DCU and are banking big time on Black Adam. Get Ready. If you thought the DCU was dead and forgotten,think again. Black Adam is looking to go toe-to-toe with the MCU this October. Starring none other than Dwayne Johnson aka “The Rock”, this anti-hero story is setting up to be just what the doctor ordered to make the DCU relevant again. From a year filled with scandals and uncertainty with two big film projects such as Aquaman 2 and Th 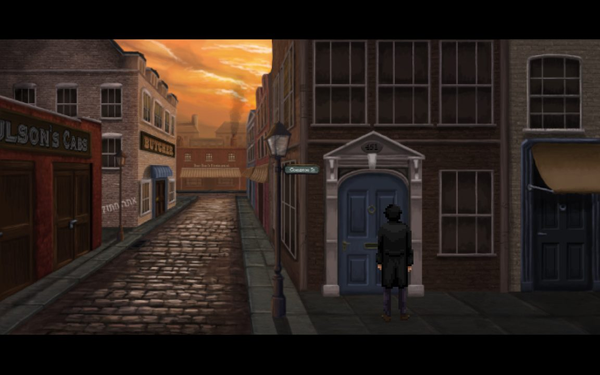 Nintendo Switch Review of Lamplight City.A great point-and-click adventure from a PC port that really makes you think. It does have some control issues because of the Nintendo Switch's limitations, but otherwise a truly unique game. 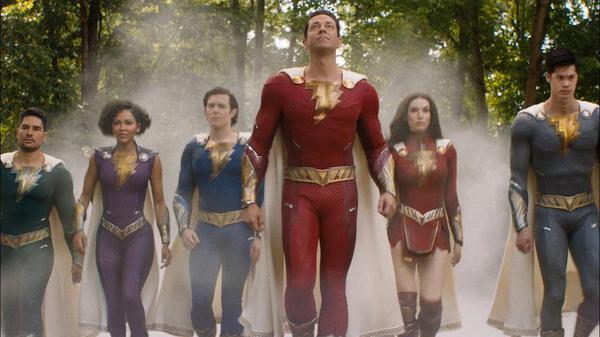 It's all about family in the sequel to Shazam, oh, and throwing a truck at a dragon. For fans who loved the first Shazam! Movie, get ready for even more in the sequel Shazam! Fury of the Gods. It is shaping up to be quite the film, and DC is banking on this and Black Adam to get them out of their funk when it comes to cinema. The trailer made its debut at this year’s San Diego Comic-Con, along with a sneak peek of Black Adam. In Fury of the Gods, Billy and his foster siblings are called on aga 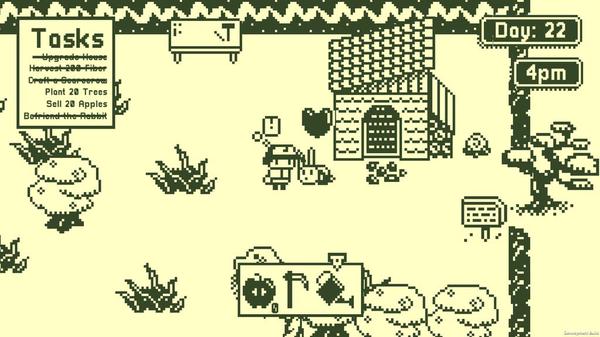 If you grew up in the ’80s and early ’90s, you remember a simpler time for video games with less complicated graphics and gameplay. This simplicity makes Bit Orchard: Animal Valley a great fit for the Nintendo Switch, after debuting as simply Bit Orchard on Steam last year. The Switch version includes the DLC, which just came out a few months ago, giving you a complete game. If you enjoy easy-going games with a little bit of adventure, mystery, and farming, Bit Orchard: Animal Valley is somethin

Oh, we’ve got some amazing women here, too! Ranging from Yoko Taro (somehow) writing one of the best characters in video games to an all-time great from what many consider the best Final Fantasy game, there’s something here for everyone. Celes Chere is an incredibly memorable character. Seemingly an “ice cold” general of the Gestahlian Empire, she reveals she is anything but when she follows her conscience and refuses to take part in a plan that would kill multitudes of people. She joins the re 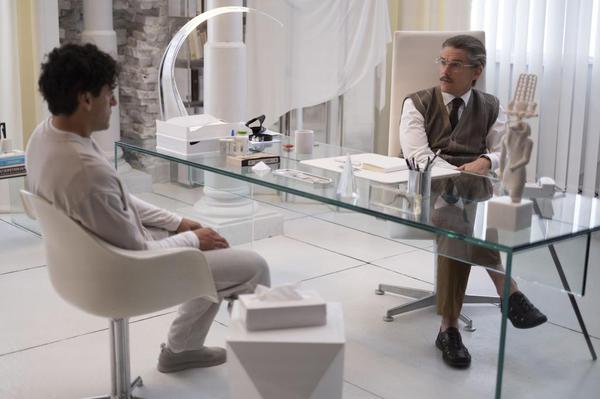 With the series set to wrap up ,this episode was an emotional roller coaster with an even more shocking ending. Episode 4’s ending sent the internet into a frenzy as Moon Knight is set to wind down this week. Episode 5 confirmed many fan theories and paid homage to a specific run in the comics, delighting comic book fans. This particular episode dealt with a lot of emotional trauma and was a genuinely heartbreaking one to witness. With only one episode to go, it’s anyone’s guess how this series 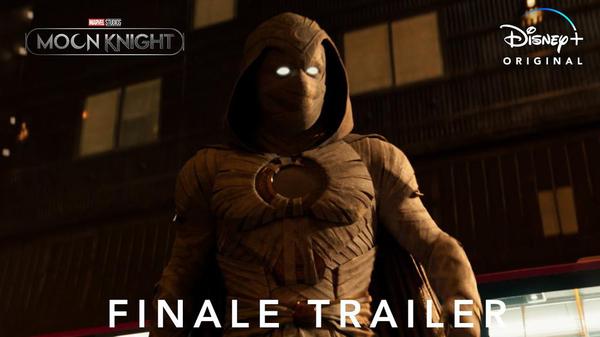 The show is about to wrap up and this finale trailer is epic, you don't want to miss out. Marvel and Disney+’s Moon Knight has been an incredible short-lived journey. In anticipation of the finale this week, Marvel Studios across multiple released the final trailer titled “Rise” to hype up viewers for the last episode. Interestingly enough, they changed the wording on their social media channels from “series” finale to “season,” so a second season isn’t out of the question. A user caught this 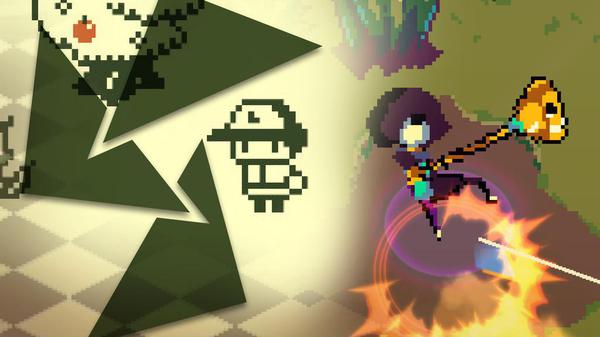 On this episode of Random Encounter, it’s time for some indie goodness down on the farm! Tarah makes her first appearance on the podcast, talking about the retro farm-sim Bit Orchard: Animal Valley for the Switch. This indie homage to Harvest Moon and Game Boy apparently makes for a very relaxing time (provided that you don’t need to catch any frogs)! Next, Audra returns to Random to chat about the fun, if slightly underwhelming, dungeon crawler Anuchard. And then, Jono has been plowing through 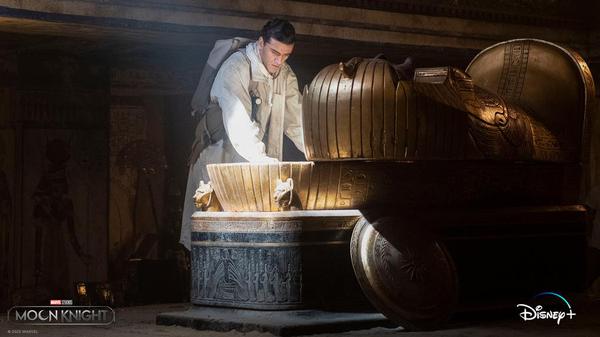 Episode 4 left viewers scratching their heads and going "WTF" as we head closer to the season finale. Episode 3’s ending shocked and awed viewers and Episode 4 was no different. We were lucky enough to be sent the first four episodes to screen, and sitting on what was coming for weeks was rough. So when the episode finally dropped. I breathed a sigh of relief that everyone could finally experience the same reaction I had to this ending. Was everything we just watched over four weeks a total lie 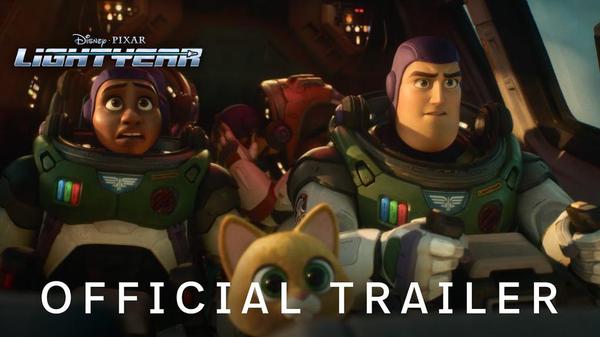 The official trailer gives us a sneak peek at the overall plot, and Chris Evans is set to deliver the origin behind such an iconic character. One of Pixar’s most beloved and well-known characters is set to get an origin story. We first got a teaser trailer look at Lightyear back in February, and now the full-length trailer made its’ debut, and it looks fantastic. Chris Evans has gone from playing one iconic hero to another, but this time in animated form. He lends his voice to Buzz in a film s 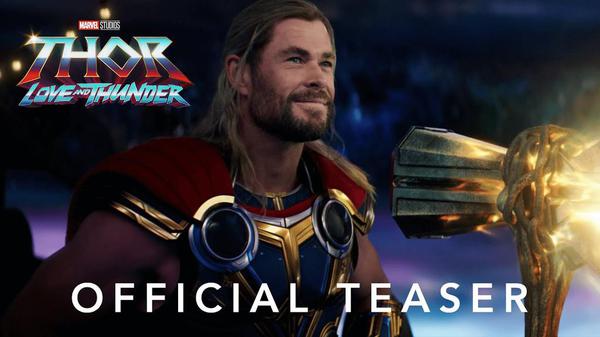 Fans can breathe easier, our first look is finally here and it's awesome. After much waiting and speculating about when this trailer would drop, the rumors were correct, and fans got an Easter treat. Thor: Love and Thunder’s first trailer was finally revealed today. Yes, it was worth the wait. Set to an excellent soundtrack which Guardians of the Galaxy is known for (fitting since they are in the film), Thor’s character is finally getting a chance to get happy again following Endgame. Sadly, C

If you were confused by last week's episode this one clears a lot up. Following up on last week’s exciting ending, Steven Grant (aka Moon Knight) has to deal with the repercussions of his actions while also trying to figure out precisely what happened. The way the camera pans, we think we are in Egypt, but we are really back in Steven’s bedroom. He awakes to the screams of the Jackal monster and realizes he’s chained to his bed. Upon arriving at work, he sees a museum section closed off and a 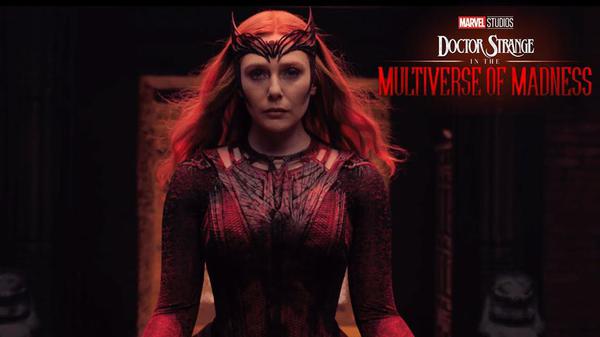 New Doctor Strange: In The Multiverse of Madness Teaser Sends The Internet Into A Frenzy •

Are Wanda and Wong actually teaming up? Is that really the first appearance of Chthon? Marvel just released a new 30 -second tv spot for Multiverse of Madness ahead of ticket sales opening this Wednesday. It may be short, but it shows more interesting clips and dialogue. It also gives a possible look at another villain that may be introduced into the MCU. We have already seen the orchard scene with Wanda and Doctor Strange play out in previous trailers and tv spots a few times already, but thi

Moon Knight's premiere episode kicks things off with a mystery to solve and doesn't hold back. Marvel fans are in for a real treat. The first entry into Marvel’s newest series, Moon Knight, opens up not with our main character but a glimpse at villain Arthur Harrow, played by Ethan Hawke. It shows him performing a ritual before placing shards of broken glass into his shoes and putting them on as he walks away. We never see his face, which makes for an intriguing opening. Following that, we are 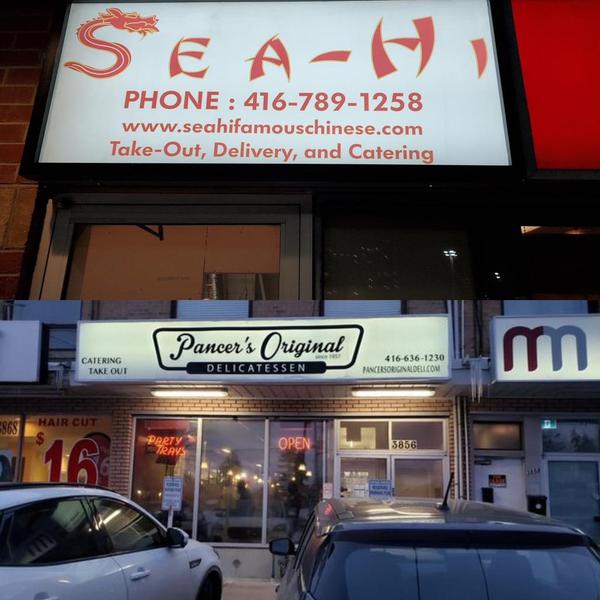 A Toronto deli that’s like ‘a second family’ survives 65 years later, while a Chinese restaurant that became an institution has a second life

A lot has changed in the 65 years since one of Toronto’s most iconic delis opened its doors. Since 1957, Pancer’s Deli has been a staple in the Jewish community where you will find everything from their famous corned beef sandwiches to Jewish comfort food such as matzo ball soup, kishkas and latkes on the menu. In 2010, Pancer’s was under new ownership after the restaurant was sold. Five years later, it closed suddenly, and the community lost a vital eatery, or so people thought. Then the Panc

Prepare yourself for an epic journey into the supernatural phase of the MCU. It's a show you won't want to miss a minute of. We were fortunate enough to be sent the first four episodes of Disney+’s latest Marvel show, Moon Knight. Overall, this is merely a first impression of what was viewed and 100% spoiler-free. Marvel fans, you are in for a wild ride with a series giving off Indiana Jones vibes. This is a genuinely action-packed new saga as we enter the “Supernatural” phase of the MCU. Osca 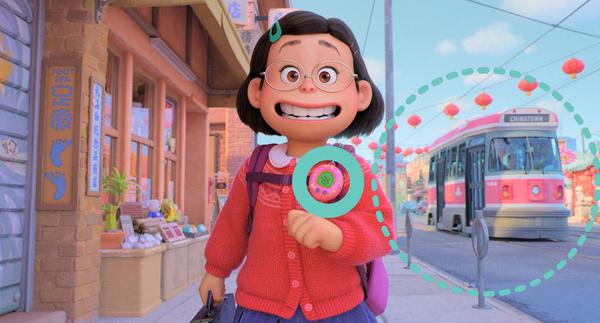 Turning Red: Easter Eggs You May Have Missed •

Turning Red like all Pixar films is packed full of Easter Eggs and a lot of nods to Canada and Toronto. Here are some of the best ones. Turning Red, Pixar’s latest feature film, is a movie brimming with lots of heart, charm, and amazing animation. The feature is also set in my hometown of Toronto, Canada. For eagle-eyed viewers, there are tons of easter eggs for not just Canadian fans to enjoy but nods to previous and upcoming Pixar films. Make sure to check out our full review by our own Jesse 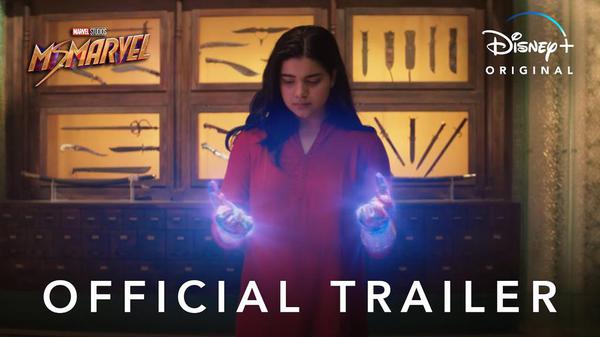 Kamala Khan has finally arrived and we can't wait. The future is indeed in her hands. Out of nowhere, Marvel released our first look at Ms.Marvel, another new DIsney+ exclusive show. Fans have been wondering when we would see more than a couple of frames, and finally, Marvel delivered. The trailer introduces newcomer and Canadian teen actor Iman Vellan who stars as Kamala Khan, aka Ms.Marvel. From the trailer, it seems Marvel is deviating a little bit from the source material of her origin sto 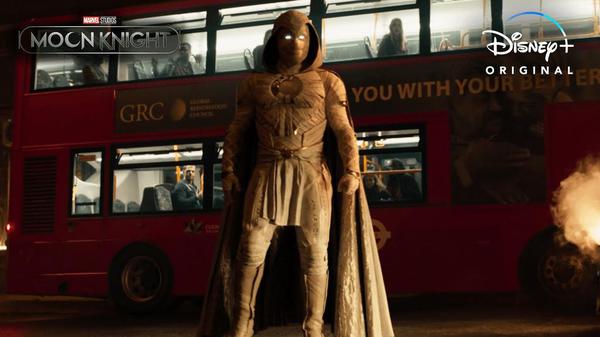 Is it March 30th yet? We are in for quite the ride. The hits keep coming from Marvel. They are turning up the hype for Moon Knight. The studio just released a 30-second glimpse into more of what we can expect from the new six-episode live-action take on the comic book hero. Titled”Secret Agent,” we get a glimpse of the original identity of Moon Knight, Marc Spector, seen talking to the Steven Grant identity in a reflection. Steven seems to finally figure out what is going on and why he can’t r
Load More Articles
Close ✕